Explore the beautiful South-East part of Peloponnese, Laconia, with a bike trip that combines the golden Greek beaches, with the Greek history and culture. Beginning from the famous military city-state of ancient world, Sparta, you will head south and pass by Elafonisos, with one of the most beautiful beaches in the Mediterranean Sea, you will end up to the unique Castle-town of Monemvassia. Suitable for anyone with an intermediate level of fitness, the tour is easy enough with mostly flat roads and everyday distances no more than 50Km. Idyllic landscapes, turquoise water, endless beaches and history will keep you company in every step of this exciting ride.

Suitable for anyone with an intermediate level of fitness, the tour is easy enough with mostly flat roads and everyday distances no more than 50Km

Transportation to and from Athens Airport:

Transporation to and from Kalamata Airport: 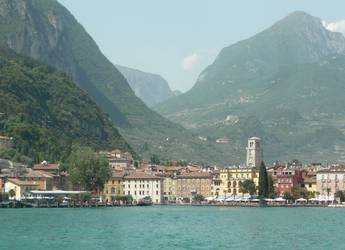 Enter your email address and we will deliver your "Laconia to South Peloponnese 8-day Self-guided Cycling Tour Level 2" brochure straight to your inbox.