Your tour starts not far from Notre Dame, in the famous capital of France - Paris. You will follow the Seine River downstream passing the Louvre and the Eiffel tower into Conflans. From there, you'll cruise on through the Val d’Oise to Compiegne. A visit to the Palace of the French Kings is included in your tour. You’ll then follow a wonderful old canal to the historical city of St. Quentin. Make sure you visit the Gothic basilica (church) and the town while you are there. Next, you'll sail through the tunnel of Riqueval and head for Belgium. You’ll visit Doornik, once an important halting-place for travelling pilgrims and Oudenaarde – a well-known centre for tapestry production. Many tapestries are housed in Oudenaarde’s flamboyant, Gothic style town hall. Another important highlight on the tour is a visit to Ghent with its imposing Belfort and the St. Baafs Cathedral.Your final destination is Bruges, probably the most beautiful of all historical Flemish cities made famous for its hand-made lace. Immerse yourself in the atmosphere of days gone by!

The barge is the classic ship of captain Martijn and his spouse Marjorie. On the lower deck are 12 cabins: 10 twins and 2 doubles. All
with a bathroom, a window (can open only in the double cabins) and individual air conditioning. On the main deck you can have a seat and a refreshing drink in the lounge corner of the cozy salon with its large panoramic windows. Or enjoy your breakfast and delicious three course dinner in the adjacent restaurant area. And with a little bit of sunshine you should take a seat on the sun deck.

If you would like to rent a bike (200 EUR) or e-bike (440 EUR), please contact our office when booking: [email protected]

Bikes are modern unisex bikes with 21 gears, an easy and low entry, two handbrakes, a lock and pannier bag. The E-Bike has hand breaks only, 3 gears and support levels, a lock and pannier bag. (limited available, only on request). Please note: Bicycle rental is optional. You can bring your own bike, but only after it has been previously registered and confirmed. Daily the crew brings your bike off and on board. Small scratches and damages on the bikes can’t be avoided. The crew nor the tour operator can be held responsible for that. The bicycle shed is covered. Please bring enough repair material/repair set with you. Children under 12 yrs. are obliged to wear a bike helmet

Transfer between Paris and Bruges: there is a good train connection between these two cities. 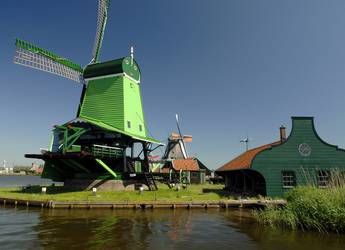 99
The maximum capacity that this boat may carry is: 99 people Enter your email address and we will deliver your "Paris-Bruges 15-day Bike & Barge Tour (ZW)" brochure straight to your inbox.